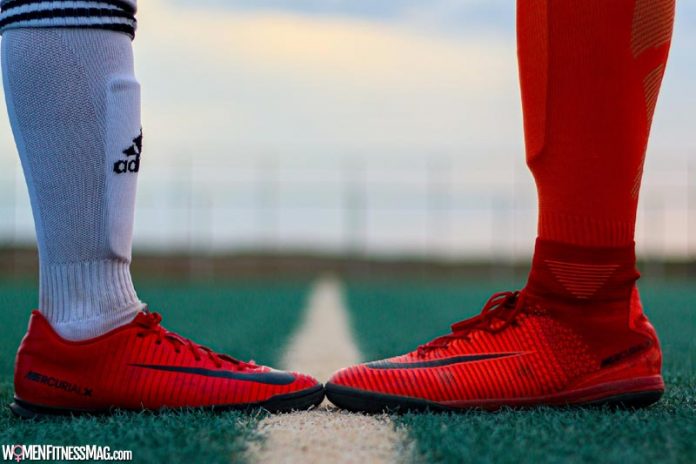 Why Is The Athletic Gender Pay Gap Still So Big? The more things change, the more things stay the same. In a lot of ways, it feels like much progress has been made in the field of female sports during the first two decades of the 21st century. We’re seeing more female-led sports on television than ever before.

Women’s soccer has increased dramatically in quality, and gets far better exposure than it used to. The WBNA is becoming more respected as a basketball league, and attracting more interest from the public.

Even in WWE, which is a contentious company to cite in an argument about sport due to the ‘scripted’ nature of the wrestling contests held within it, women are main eventing pay-per-views and appearing on the front covers of video games. None of this, however, appears to be represented in the number of money women are making from their chosen sports.

A little over a week ago, Forbes released its annual list of the highest-paid female athletes in the world. Of the top ten, the first nine were all tennis players. Serena Williams, who for all her dominance and greatness is in the twilight of her career, is still the second best-paid athlete on the planet; a fact she owes more to her $32m of endorsements than her $4m of prize money.

Naomi Osaka is now the best paid female sportsperson on the planet. Last year she made $37.4m. It’s a fortune, and it’s more than the overwhelming majority of us will earn in our lifetimes, but it’s still a tiny fraction of what the world’s best-paid sporting men earn. By contrast, Roger Federer earned $106m last year. Soccer star Cristiano Ronaldo earned $105m. Carson Wentz, the NFL star who placed tenth on the men’s list, still earned more than Osaka with $59.1m.

The idea that the tenth best-paid male athlete still earns more than the best-paid female athlete is already depressing, but the problem is far deeper than that. If Forbes’ information is correct – and as they’re the specialists in these matters, we have no reason to doubt them – only two of the top one hundred best-paid athletes in the world are female.

Only Naomi Osaka and Serena Williams have made that list. The other ninety-eight members of it are male. The one member of the women’s top ten list who isn’t a tennis player is US soccer player Alex Morgan, who earned $4.6m, $4.2m of which was from a Nike endorsement. She doesn’t even make the top two hundred best-paid athletes on the planet. The gender pay gap isn’t just big; it’s colossal, and it may even be getting wider.

The case of Alex Morgan is a fine one to focus on because she’s the highest-earning female soccer player in the world. As we know that $4.2m of her $4.6m per year is endorsements, that means only $400,000 of her income is her salary for playing soccer. Again, that’s a life-changing sum of money for the average person, but not for a soccer player.

For being an average player at a small Premier League club like Brighton, male players are still earning more in salary than the best-paid female soccer star in the world by a factor of more than double.

If female soccer – or female sport of any kind – were still in the state it was in at the turn of the century, it might be possible to justify some of these figures. Tennis has paid women comparatively well since the days of Billie Jean King, but there was precious little interest in women’s boxing, athletics, soccer, or basketball in the year 2000.

Crowds are now far higher, television coverage far greater, and sponsorship revenue exponentially more, but that money isn’t filtering down to the players. The exposure and popularity of women’s sport have exploded. The women taking part in it are still being paid as if nothing has changed.

The increasing prominence of women in sports and games isn’t limited to athletic contests. Fallon Sherrock is making headway for women in darts. Victoria Coren-Mitchell has blazed a trail for women in poker. The gambling industry in general has opened its doors to women since online slots websites became a thing.

Twenty years ago, the industry arrogantly assumed that women weren’t interested in anything more than bingo or lotteries. They were shocked to their core when their data revealed that a significant proportion of the people playing their online slots like Reel King Megaways slot were women, but they’ve at least adapted to it. You’ll now find several online slots websites that not only make themselves welcoming environments for women but cater specifically to them. The online slots and casino industry knows the value of female players. The broader sports and games industry does not appear to have experienced the same moment of enlightenment.

We know the arguments that are made in favor of paying men so much more than women. Women’s sports attract lower ticket sales. Fewer people watch women’s sports on television than men’s sports. While the gap might be narrowing, that’s still true. The proportional difference between the earnings of men and women for playing the same sports, though, is much larger than the proportional difference between those viewing figures and ticket sales. If the “FIFA” video game series by Electronic Arts has felt the need to include women’s teams in its annual game – which it has for the past two years after never doing so before – there’s clearly an audience there to be catered for.

The time has arrived for sporting bodies to do the right thing and start paying women what they deserve, but such lucrative sums are rarely handed over willingly or without argument. Rather than relying on the money to trickle down eventually, it’s high time the women of sport stood up and demanded their fair share.

Related Videos about Why Is The Athletic Gender Pay Gap Still So Big?

Why Are Women Paid Less In Sport?

Calls For Pay Equality In Sport

Will Men and Women Ever Be Paid the Same in Sport?

Why Is The Athletic Gender Pay Gap Still So Big?