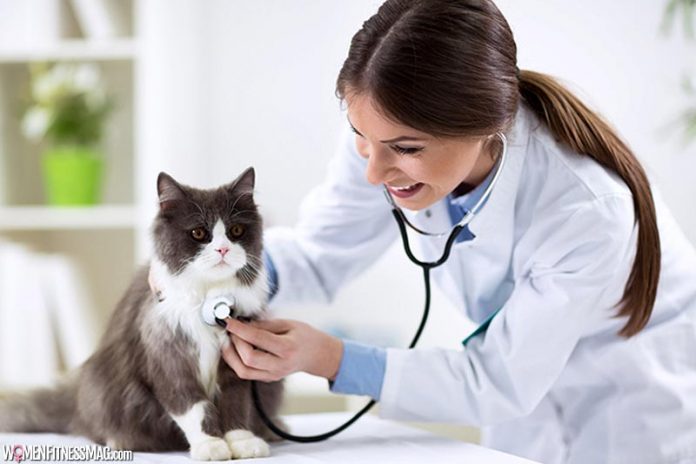 Marijuana, CBD and Its Effects on the Endocannabinoid System of Pets : A lot of people have started familiarizing themselves with the endocannabinoid system. The reason for this is because it’s still undergoing preliminary studies, and because of this, researchers haven’t yet fully understood this biological system and how it works.

So far, what we know is that the endocannabinoid system (ESC) is a biological system made up of endocannabinoids and cannabinoids. These systems are found in the central nervous system, which includes the brain and spinal cord of both humans and animals.

The ESC performs a role in specific functions and processes in pets, including; sleep, appetite, mood, brain cells, and reproduction.

The ESC is located in the central nervous system, and it continues to function even in humans and pets that do not consume cannabis. You can check this wiki link here to learn more about the endocannabinoid system.

In this article, we are going to be further discussing the endocannabinoid system in pets, and how CBD and marijuana interact with it.

Studies have found two main endocannabinoids in animals as at the time of writing, and they are

These endocannabinoids help to keep the internal system of your pet running correctly. The body formulates these molecules at once, making it almost impossible to know what their functioning is.

Some receptors stick with the ESC to signal the ESC whenever it needs to perform a function. There are two endocannabinoid receptors

What is the Function of the Endocannabinoid System in Pets?

Though studies are still ongoing on how it works or its functions, studies have linked ESC to the following purposes:

All these above-listed functions play a part in homeostasis, which means the balance of your pet’s internal network. For example, if there is an obvious problem, such as pain from a cut, or stress, alters your dog or cat’s body’s homeostasis, their endocannabinoid system comes in and helps their body regulate and thereby returning it to its natural state.

Currently, researchers believe that the primary function of the ESC is to maintain the body’s homeostasis. Now, what do we know of CBD, and how does it interact with the endocannabinoid system of domestic animals?

CBD short for cannabidiol is a compound derived from the leaves and flowers of a cannabis plant. It is essential to state that this compound contains little or no amount of THC, the psychoactive substance that tends to get you ‘high.’ CBD shares metabolic pathways with non-steroidal anti-inflammatory drugs (NSAIDs), which helps to control inflammatory responses.

Unlike THC, CBD doesn’t alter the mind, and as a result, doesn’t have any adverse effects on your pets like marijuana.

Researchers haven’t wholly concluded on how it interacts with the ESC, but what has been deduced is that it doesn’t stick with the body receptors the way marijuana does. There are more details on holistapet on the ESC of cats and dogs.

They believe that it operates by stopping the breakdown of endocannabinoids. This leads to them having a more positive effect on the body, while other experts believe that CBD interacts with a receptor that is yet undiscovered.

Though the interaction of this compound with the ESC is still inconclusive, studies have shown that CBD can help in the relief of numerous medical conditions, and also provide long-lasting health benefits to both pets and humans.

How does Marijuana Interact with the Endocannabinoid System?

Marijuana contains over 30% of tetrahydrocannabinol (THC), one of the major cannabinoids found in cannabis. It is a psychoactive compound, and it tends to get you ‘high.’

Once marijuana is consumed, it interacts with the endocannabinoid system by sticking to receptors, the same as endocannabinoids. It is considered very powerful partially because it attaches to both receptors.

And because of this sturdy stick, it has a degree of effect on your body and your brain cells.

These effects vary because some are beneficial while some are not; for example, marijuana can help to relieve pain and also boost appetite. Still, it can also lead to certain medical conditions like paranoia and other mental disorders.

Studies are ongoing concerning ways to formulate counterfeit THC cannabinoids that can interact with the endocannabinoid system only in productive ways.

Experts have come up with a theory suggesting that a shortage of endocannabinoid levels in the body can lead to several medical conditions. The link below has some of the common side effects of cannabis on pets.

The endocannabinoid system helps in stabilizing the body’s internal network. Buts there still a lot to be discovered about this system and how marijuana and CBD interact with it. What we’ve discussed in this article is just a brief understanding of the ESC and how it works.

As more studies are conducted, a better understanding of this system may arise.

Related Videos about Marijuana, CBD and Its Effects on the Endocannabinoid System of Pets :

Marijuana, CBD and Its Effects on the Endocannabinoid System of Pets